O.M-R. – Szilvia Malik is Hungarian, born in 1980. She lived in the United States and Denmark as a student, and later worked as a journalist in both Hungary and Australia. She currently lives in Paris with her husband, combining motherhood and writing. She has both an outsider’s and an insider’s view on current events in Europe, and particularly Hungary, her home country, where general elections are about to take place. The result of these is not just relevant for Hungary. Hungary, like Poland, is often condemned by liberal media and EU institutions for its authoritarian practices. Yet, to date, little of this concern seems to translate into effective EU sanctions. If the current majority wins again, critics argue, it may reinforce the ‘illiberal democratic’ tendency that is purportedly spreading in Europe. I ask her about her experience of the transition from communism to liberal democracy, her views on why Hungary is seemingly moving away from the ‘Western’ model, and why she hasn’t returned to Hungary.

You were a teenager when the Eastern bloc began its transition to liberal democracy and capitalism. How would you describe the mood in 1990’s Hungary?

I was nine years old when the changes started to happen. I would say that society as a whole was over-politicised. Politicians became household names. As children we watched political satires on TV and discussed them the next day at school. We watched the execution of the Ceaușescus (the Romanian dictator and his wife) on the news on Christmas day in 1989. Our parents told us this was a milestone in history and we needed to remember it. After all, they were born into communism, and it was all they had known for the first three decades of their lives.

Less than 15 years later, Hungary joined the EU. How did you feel and how did you picture yourself in the future at the time?

At that point I was working for the European Parliament’s Hungarian office. I remember standing on the stairs of the Hungarian parliament building watching the EU flag go up for the first time. I felt that after a long and terrible journey we had finally arrived in a place where we wanted to belong. I believed that the divide that the Iron curtain had created would soon be gone in people’s minds. I was pleased that from now on I would be referred to as a European and no longer as an Eastern-European. By then, I had already spent almost four years in the USA and in Denmark, and I felt ‘Eastern’ was a loaded term, meaning things such as tight clothes, bright-coloured hair, and dodgy, sneaky ways of dealing with things. I was ready to be just European.

When did you start perceiving a changing social and political mood in Hungary, i.e., a questioning of ‘Western’ values and the open society? Was there a particular turning point or something that struck you in particular? Were you in place or abroad at the time?

Although there were signs of this social and political mood earlier, the first time something struck me personally was in 2002. Having spent three years in the USA, I wanted to return to Hungary and give back to my country, which I dearly missed. I went to a celebration in Budapest on a national holiday, and the sight on the streets made me worry: men dressed in military paraphernalia and children ‘wrapped’ in flags were marching with posters of Greater Hungary (prior to the Treaty of Trianon) yelling ‘Trianon!’. Now, ‘Trianon’ is a difficult topic, because for Hungarians it is a tragedy. To me it is an undoable tragedy of the past, where partial remedies – such as autonomy for regions like Transylvania – still exist. But it shocked me that for many people the solution was to reinstall borders that existed prior to World War I.

I realised that the red carpet of communism had covered up multitudes of problems, which surfaced as soon as the carpet was removed. Nationalism was one of them. The crowd I saw seemed to me like an untamed horse. I knew a populist politician would soon jump on its back and steer it into the direction he wanted to go. That same year Orbán did not get re-elected as prime minister. It is important to note that Viktor Orbán was one of the founders of the Alliance of Young Democrats (Fidesz) which was a liberal party up until the year 2000. After that he turned from being a liberal ‘young democrat’ into a populist right-wing politician.  With this Napoleonic manoeuvre he jumped onto the saddle of this horse.

During his second term, from 2010, he established the System of National Cooperation, and with this he brought on a series of systematic changes: he dropped the word ‘Republic’ from Hungary’s official name, passed a controversial media law, filled the Counstitutional Court with his affiliates, major regional and commercial media landed in the hands of his entourage, and the public broadcasters became the main organs of the government. All this was allegedly done to protect the nation’s interest, and therefore secure a sort of one-party system for his ruling party: Fidesz. By turning towards national interests, he turned away from the globalist values of the ‘West’, open societies and, especially, away from Brussels.

What is it, in your view, that Orbán ultimately defends when he talks about ‘illiberal democracy’ as the future of democracy?

He explained the whole notion in a long speech in 2014. He says that in 2008 after the financial crisis it became clear to him that liberal democracies have failed and that world leaders needed to come up with a better alternative, a more competitive economy. So, for Orbán the alternative is the illiberal state, which is not completely empty of liberal values (such as ‘freedom’) but is grounded on ‘special’ national foundations. According to Orbán, an illiberal democracy is a ‘national democracy’, and he points to the examples of China, Russia, Singapore, India and Turkey (although he did add, these might not even be democracies!) He defined the enemies of the illiberal state as civil society organisations, which are filled with activists paid by foreign investors who want to intervene in national politics and do the job of politicians. The current anti-Soros, anti-EU and now anti-UN campaigns in Hungary can be understood in light of this speech.

What do you think will happen in Hungary if Orbán wins again?

Another four years would mean that his illiberal democracy continues being built under his System of National Cooperation. Hungary would get further away from the EU and liberal, Western democracies, and get closer to the ‘East’ again. On March 15 Hungarians commemorated the revolution of 1848, and as usual the Prime Minister gave a speech. This year Orbán chose to talk about the elections and what will happen afterwards: “After the election we will, of course, seek amends—moral, political and legal amends…” The word ‘amends’ can mean many things, from satisfaction to vengeance. People would have to rely on their own imagination to figure out what he meant is going to happen after the elections if he wins.

Do you envision the possibility of him not winning the election?

Economist István Zsoldos just published some modelling data on 444.hu, and he reckons that if the turnout is higher than 70 per cent, then there is a thin possibility. Currently the opposition (along with many celebrities, academics, retired politicians) is trying to encourage tactical voting. Although, there are parties who made it clear they do not want to cooperate, the majority of them are saying anything is better than another four years of a Fidesz-government. Whilst I lived in Australia I did not vote in the Hungarian elections, as I believed that, when possible, one should vote where one pays taxes. But now that I live in Europe again, and I sense how one country’s domestic politics can affect the others, I will vote.

Lately, other EU-members, including Spain, have given rise to concerns for their allegedly undemocratic measures. Is there room for the ‘illiberal democracy’ within the EU?

In 2014 Viktor Orbán envisioned that the building of illiberal democracies can be done within the EU, and potentially his idea was to create a new, illiberal Europe. But the legal framework of an illiberal democracy can conflict with the foundations of the European Union. Article 7 of the Lisbon Treaty – the quasi-constitution of the EU – ensures that EU members respect the Union’s core values. Currently the European institutions are triggering Article 7 against Poland, and there are suggestions for doing the same in relation to Hungary. If the majority of the member states’ leaders in the Council approve this, it can result in sanctions such as suspension of voting rights in the Council. So, could this be a sign that Europe does not want to be illiberal? But would it be enough?

We sometimes talk about the notion of ‘exile’ as both a geographical and mental status. What does ‘exile’ mean to you? Do you see yourself in a kind of voluntary ‘exile’?

Yes, in that sense, I sometimes feel that I am in a voluntary ‘exile’. This ‘exile’ is self-imposed, of course, as no one asked me to leave, and the situation at home is not outright hostile. But given that I had the possibility to leave, I left. I returned many times, but I left again and again. Due to a series of personal circumstances I have been living abroad for the past 14 years. I read the Hungarian news everyday, and although I envision living at home again, at this point, I am not even sure how I could return (could I work there, etc.). For people like me, whose work and interests are so linked to their own culture and language, I think living abroad for a long time can feel like an ‘exile’.

I also meet more and more people who left their (Western) countries or decided not to move back because of ideological or political reasons. For example, there are plenty of British people who live here and got their French citizenship immediately after the Brexit vote and are not planning to return to the UK. But apart from Europeans, there are also Americans, who feel they cannot go home right now. I met an American couple on a plane, who moved to Paris because Trump became the president.

You worked some time for the big, liberal Hungarian daily Népszabadság, which was since shut down. In what some critics perceive as increasingly monitored national media contexts, is there anything that individual journalists can do to continue denouncing corruption and undemocratic practices, and actually reach out to the population?

The problem is that it is very difficult to reach out to those parts of the population who actually need to be reached. Many nations are extremely divided, and people with leftist sentiments read leftist media and those who vote for the right get information from their rightist sources. It would be great to establish independent media, where unbiased experts share their research and opinion about pressing issues. This is sort of what The Conversation is trying to achieve. But in reality, would these media reach all the population? If I just look at Hungary there are about 1,5 million people living under the poverty line. They live in regional Hungary, and they do not have money to get cable TV, Internet, or pay for different newspapers. They get the free local papers and the free public broadcasters which all are government-friendly. Investigative journalists have a very difficult task in reaching out to these people. Lastly, people need to be taught how to interpret the news, how to verify facts, how to filter what they hear and how to think critically. We have to find new ways to educate society, as without these skills we will be very lost (if not already). 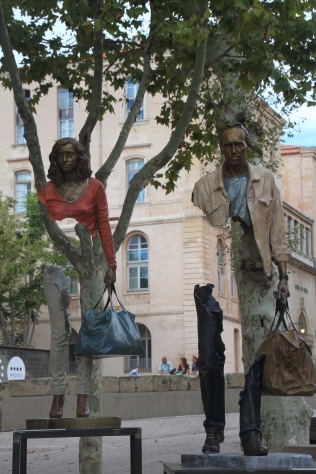